Calves of all rhino species are born without horns. The anterior front horn starts to grow first followed by the posterior horn from about six months. The horn grows throughout the life of the rhino but is reshaped and influenced by use; namely from fighting, being rubbed on hard surfaces and by natural breakage.

The annual growth rate of the anterior horn seems to decrease with age from around 6 cm/year in young adults and around 4cm/year in old adult animals (Cunningham and Berger 1994). A captive female white rhino showed a growth rate of around 6 cm/year (front horn) and 1.5 cm/year (rear horn) between four and eight years of age while a male, from five to nine years of age, showed front horn growth of 5 cm/year and rear horn 2 cm/year (Klös 1969). 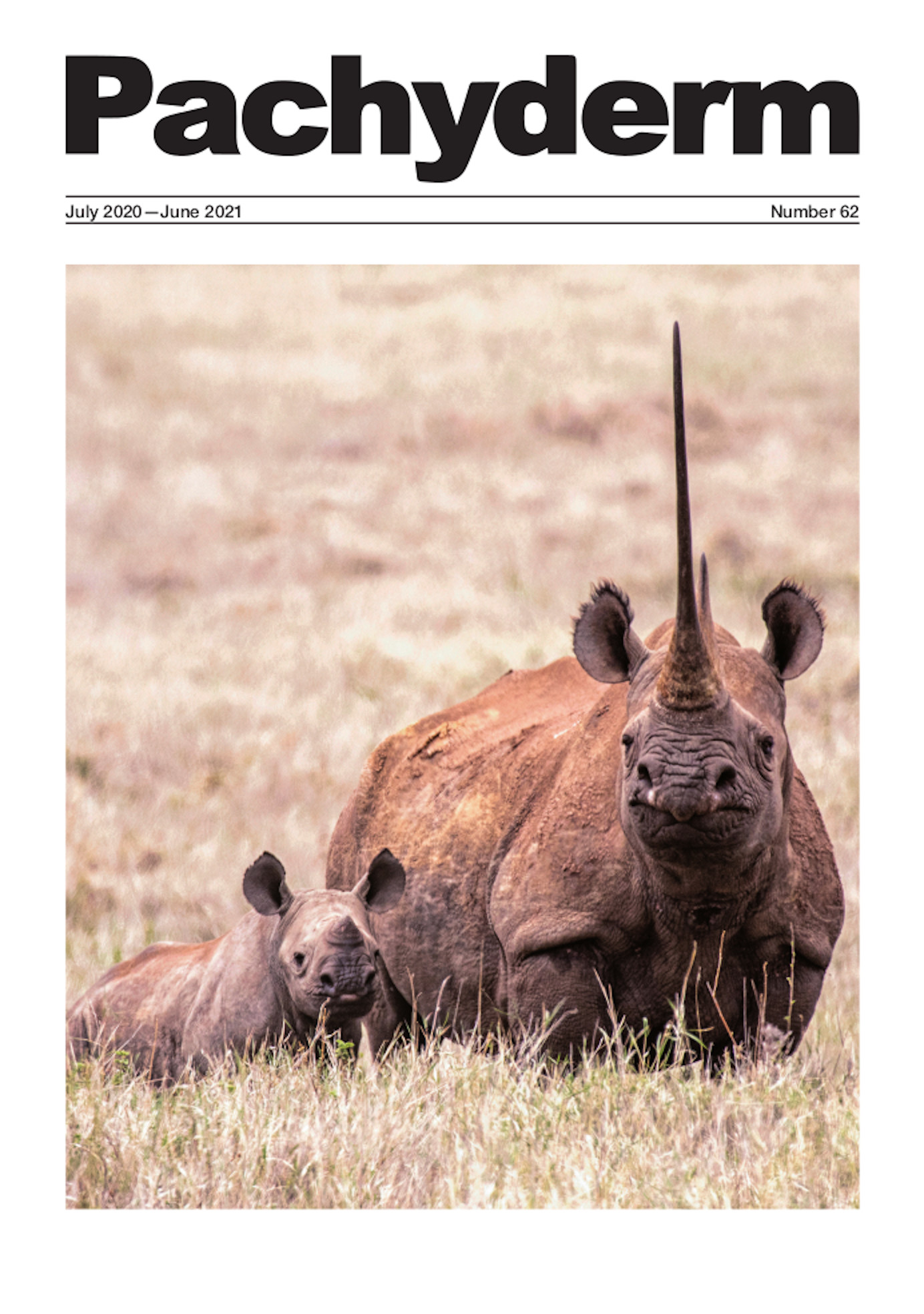